###Location: Central Park ###Date: September 12, 2014
I was riding south on Central Park Drive at approximately 72nd street in the bicycle lane. A marked police cruiser with sirens on pulled up behind me and I pulled over. At the time, I was wearing earphone buds in both ears and listening to music. After being pulled over, the officer told me that I would be getting a ticket for riding with headphones.

The charge in this case is New York State Vehicle and Traffic Law 375 24-a. “ § 375 24-a. Use of earphones while driving or riding a bicycle. It shall be unlawful to operate upon any public highway in this state a motor vehicle, limited use automobile, limited use motorcycle or bicycle while the operator is wearing more than one earphone attached to a radio, tape player or other audio device. “

On Monday, May 28th, 2015, I showed up with my mother, who is an attorney, for the hearing at the 125th street Department of Motor Vehicles. If you are familiar with the sometimes maddening inefficiencies of local government, then prepare to be pleasantly shocked by the rigid and efficient application of justice at the 125th street facility. In hearing room three there are long benches where all the defendants sit after checking in with the clerk. There is a separate section on the left for police officers. A DMV Administrative Law Judge presides over all cases. Once the judge enters, in this case a Ms. Martin, a standard speech is recited, some of the more interesting points of which are: 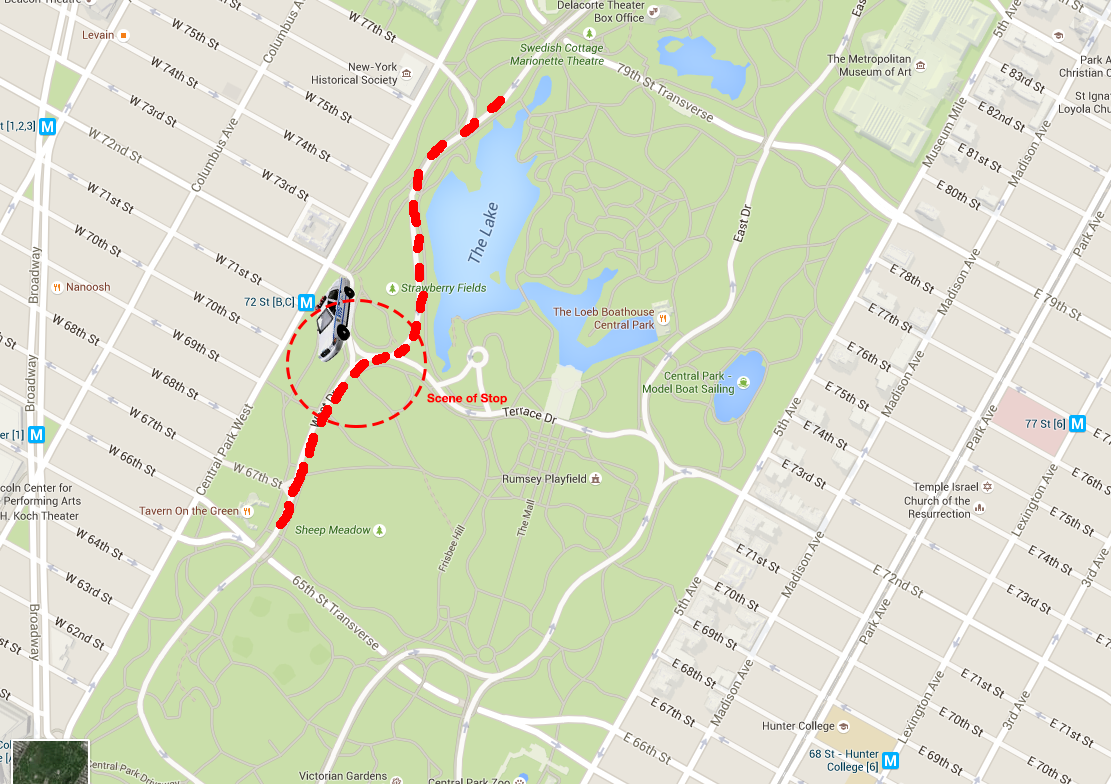 My lawyer (thanks, Mom!) then began to question the officer. After ascertaining again where the officer was parked, the questioning followed pretty much as below. I had no recording device of my own in the courtroom (although potentially the court was recording) so I am recalling this from memory.

Lawyer: If you were two car lengths away, as you claim, and to the right side of my client, how could you see both ears and ascertain that the headphones were in both ears?

Officer: As he passed by I could clearly see the right ear. After passing me, I could then also see the back of the left ear.

Lawyer: What kind of headphones was my client wearing?

Officer: Standard ear buds. (Correct, not sure how he remembered, probably a guess).

Lawyer: Wouldn’t you say that the ear buds are very small and difficult to see? How could you clearly see the small plastic part in my clients ear or the thin wire?

Officer: Yes, it is small. But I could see.

Lawyer: Was my client wearing a helmet?

Officer: (Pauses for a second here), No, he was not wearing a helmet.

I was wearing a helmet. So either the office didn’t remember, or this is either a blatant lie, most likely because the next question would be “how could you possible see earbuds which are beneath a helmet?”

Lawyer: If my client wasn’t wearing a helmet, why is this ticket for headphones? As I can see here the fine for a helmet and the severity of the infringement is much greater than that for headphones.

Judge: It is up to the officer what fine is given. Why would the judge feel the need to step in there? This is not the job of the judge and is inappropriate.

After a bunch of other questioning, my lawyer wrapped up. I was pleasantly surprised; I thought I had pretty good chance. The Judge asked if I would be answering questions, to which my lawyer responded that I would be taking my right to remain silent.

The Judge stated that the ticket was sustained and that the charge would be $50 which, as the Judge pointed out, was the minimum that could be charged for the offense.

I ride my bicycle around NYC on average ten miles per day. I usually wear earphones and listen to music on a medium volume. I never have trouble hearing cars or observing traffic. I have been riding for six years and have had zero accidents. I don’t think wearing earphones affects my safety.